What Happened When I Tried to Buy a Dishwasher

I never dreamed that I'd end up becoming an unofficial mystery shopper when I decided to buy a new dishwasher, but that's what happened.

I've been without a dishwasher for several years, but I know I'll need to have one in place if I decide to put my home on the market next year.  Lowe's was running a pre-holiday appliance sale in mid-December; it seemed like a good time to take the plunge.  I naively assumed that the process would be simple and efficient--what could possibly go wrong?

Lowe's website stipulates that you can't order a dishwasher online if you want them to install it.  You've got to call an 800 number to coordinate the logistics, so that's what I did.  It took about 30 minutes, but by the end of a conference call, I had paid for a spiffy new "fingerprint resistant" stainless steel Whirlpool dishwasher, plus fees for the requisite permit and installation by a licensed plumber.  The installer would contact me within three business days, I was told.

When I hadn't heard from anyone after four days, I called back.  My order had apparently been placed on a digital back burner, and that's why the installer hadn't contacted me, they explained.  I should be hearing from someone soon. . .

On Christmas Eve, the plumber called to propose delivery in two days.  I readily agreed, and asked whether the permit had been pulled, and if so, whether I'd be able to see it when the installation team arrived.  You would have thought that I'd asked the guy to jump over the moon.  He went into melt-down mode, defensively asserting that no, he hadn't yet obtained the permit and wouldn't be doing so until "two or three days after" the dishwasher had been installed. 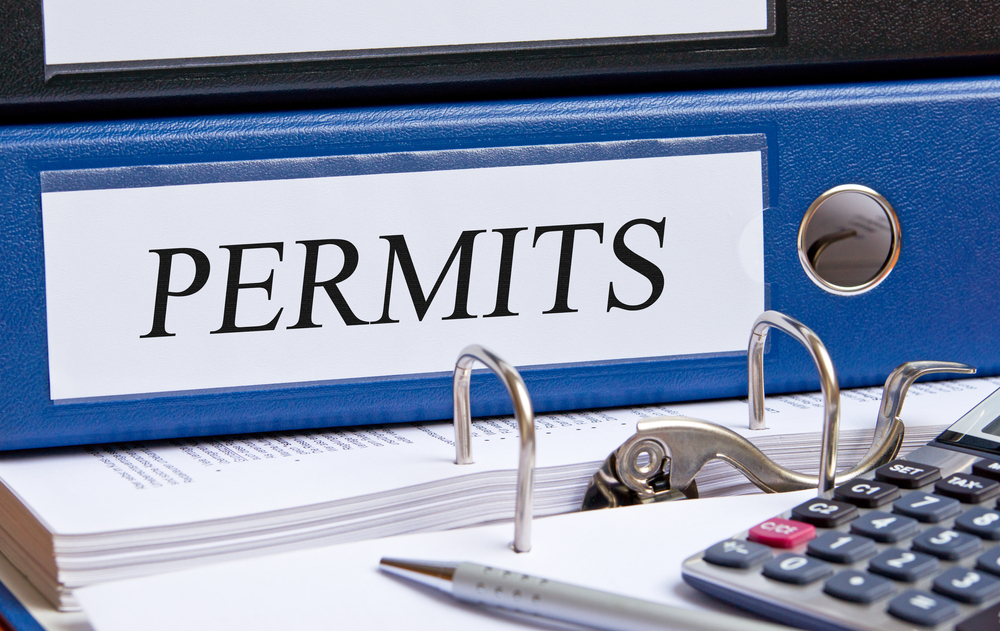 What? I asked, incredulously, knowing full well that permits have to be obtained before the licensed work is actually done.  My question only further fueled the plumber's antagonism.  He fumed at me in a hostile tone and said that in his 20 years in business, no one had EVER asked to see a permit.  And if I insisted on doing so, he would refuse to do the job.  I'd have to find someone else.

The problem is:  when you're dealing with Lowe's, there is no one else.  The big boxer subcontracts its dishwasher installs to only one licensed plumber in my area, so as hard as it was to believe, I had no option but to cancel the order and start again from scratch.

Okay, I thought, I'll go to Lowe's main competitor:  Home Depot.  Surely, I'd have a better experience there.  Right?

On the day after Christmas, I checked Home Depot's website:  they had the same Whirlpool dishwasher I'd tried to buy from Lowe's, at about the same price.  Great, I thought.  I'll just drive over there and order it in person, so there would be no mixups this time.  But first, I made sure that Home Depot would be able to install my dishwasher.   According to the site, they would: 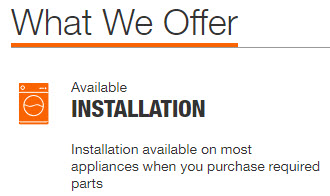 I marched into the Appliance Department with my Whirlpool printout in hand, sure that this time, I was mere moments away from completing a purchase.  But once again, my expectations were shattered.  The clerk's initial response to my question, "Can you install the dishwasher?", was "No."  What?  "But it says right here on your website that you do," I countered.  With that, he shifted uncomfortably, and then added, with no trace of embarrassment, "We do, but it will cost you $600."

Shaking my head in disbelief, I left, bowed but not defeated, with one more idea in my back pocket.

I hopped back into the car and drove 20 minutes to Percy's in Worcester.  It's a respected family-owned appliance mart that many local builders use to outfit their newly constructed homes.  Previous clients had been happy with their experiences there, so with my remaining resolve, I walked in, not really knowing what I'd find.

What I found was a knowledgeable Product Specialist named Gina, who cordially and professionally processed my order for the elusive dishwasher that had begun to seem like it would forever be unattainable.  The price was competitive, and best of all, when I asked if I would be abe to see the plumber's installation permit before any work was done, Gina said, "Yes, of course!  You'll get your own copy of the permit--we always provide that to our customers."  Finally!

Gina told me that I should expect a call from the installer by early next week, and I believe her.  She gave me her card so that if anything goes awry, I can call her directly to ensure a smooth transaction.  No drama, no ducking, no nonsense.  Just good old-fashioned customer service.  I left with a smile and vowed to mention Percy's the next time a cient asks me if I know of a good place to update a kitchen.

Selling Your Home this Fall?